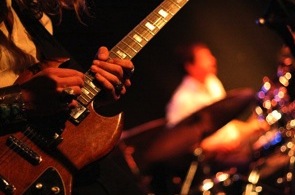 I’m getting ready for a few weeks in the studio with the Steve Carson Band and we’ve decided to document quite a bit of the debauchery. You can follow it all here: www.scbmusic.com

P.S. We’re tracking drums next week at Sound City. Here are some other records that were recorded there: http://www.soundcitystudios.com/ ….not bad

I turned 35 a few days ago and was feeling both old and young at once. The younger me saw opportunity and the older flinched for a second at the fading memories.
While I drifted through the endless possibilities of what I could have done differently in the past to have MORE now and have achieved MORE, and on and on… I paused and instead decided to think of all the moments I am grateful for in my life. Experiences that possibly defined, but certainly remained permanently forged in my memory banks. I decided to wait until now to recall some of them so they would be freshly renewed.

In no particular order, I am grateful for and remember:

• My parents letting me build a half-pipe skateboard ramp with my friends in the backyard even though they were both attorneys. That’s cool.
• Going WAY too fast on my skateboard down that Georgia hill, getting the wobbles, sliding across the gravel and landing in a ditch of thorns. All while my entire family watched.
• Dropping in on my first wave at “Roca Loca” in Costa Rica. Missing the “Roca” and feeling the exhilaration of an 8’ Pacific swell and its power for the first time.
• Swimming with whales in Pacific many years later. Wow.
• Watching the reef pass under my surfboard in Puerto Rico.
• Not getting pulled over by that Puerto Rican Policeman after we left the bar.
• Swimming at midnight in the 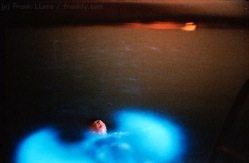 • Sailing for weeks to the Bahamas, sleeping very little, drinking only Kalik, working throughout the day, diving and fishing for dinner, and feeling alive.
• Seeing my first eel underwater. WAY scarier looking underwater than a shark.
• Hearing “Take the money and Run” by the Steve Miller Band and deciding that I wanted to learn how to play it on the drums.
• Playing timbales on a Ringo Starr album.
• Paying a local fisherman in Costa Rica to take us to “Ollies Point” and “Witch’s Rock”. Two famous and hard to reach surf spots in Costa Rica.
• Asking Wayne “Rabbit” Bartholomew about the break at Rocky Point. Being VERY humbled by the power from the ocean on the North Shore of Oahu.
• Led by some Dominican teens, we snuck into the burned and abandoned mansion of former tyrannical ‘Dictator’ Trujillo. Although he died 30 years earlier, it was very spooky place.
• Walking a great distance in Paris to find the restaurant Chez Pierre. A hole in the wall that had the best lamb I’ve ever tasted.
• Seeing Patrick Stewart in London. Seriously, it could not have been a more fitting sighting for tng trekkie with only 5 hours in London.
• Playing in a Jazz quintet as a museum exhibit in the Boston. I don’t play Jazz.
• Playing on stage at a festival in Gainesville with my band. Hearing the sound of my snare ricochet off the back of the empty venue.
• Walking on stage barefoot at the Gainesville Center for Performing Arts and playing brazilian drums for a sold out show.
• Seeing my future wife for the first time. Awkwardly extending my hand instead of going for the hug. (Blind date jitters!)
• Laying on the smooth rock beach in Positano, Italy.
• Walking through the mazelike streets of Venice, Italy.
• Learning and playing Beethoven’s “Moonlight Sonata” on piano. Forgetting it.
• Going to a strip club with David Lee Roth.
• Nearly drowning in a Costa Rican river. Feeling very fortunate and grateful.
• Hiking the Grand Tetons with my father 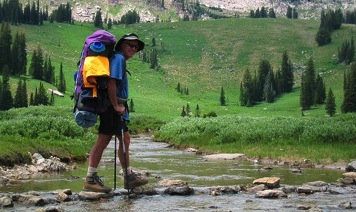 • Watching Tiger Woods hit a golf shot up close.
• Listening to my mother play “Spinning Song” on the Piano
• Watching my beautiful wife walk down the aisle and hearing the bagpipes.
• Hearing my band on the radio for the first time.
• Having the opportunity to ask some artists in person about albums they made that I listened to endlessly.
• Surfing way out on the 3rd sandbar by myself during a storm and seeing a shark coming towards me. That was 15 years ago and I remember EXACTLY what that dorsal fin looked like.
• Spending 24 hours in solitude at the Great Sand Dunes.
• Ending that with time with amazing friends.
• Watching my father cry at my sister’s wedding.
• Watching my grandfather tune our piano.
and on and on and on…

Looking back on this list makes me feel incredibly fortunate and grateful to have had all these experiences and opportunities, grateful for the people I shared them with, and grateful for memories that I was left with. I’m ready for at least 35 years of new ones now. 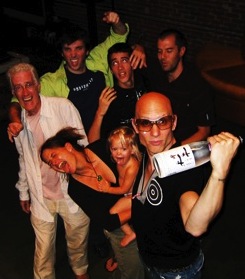 My friend and artist Stuart Davis has just inked a deal with HDNet to air his wild and wonderful TV show (see press release below).

I’ve had the privilege of making 3 albums with Stuart Davis and they’ve all been a blast to make. Stuart is truly a unique artist and one I support fully as a producer, artist, fan, and human. I hope the world gets a glimpse of the humor and talent in whatever way it might reach them.
Woo Hoo!
https://www.sexgodrocknroll.com
***

Davis has studied his heroes (Ricky Gervais, Amy Sedaris, Jon Stewert), but is finding a unique voice with his ‘spiritual’ brand of comedy.  SGR&R is a delirious dive into life’s Mysteries through the mind of a Cosmo-centric comedian.  It’s no wonder Davis has become known as the Twisted Mystic.

“Without exaggeration, Stuart Davis is one of the most fascinating and exceptional songwriters in modern music.”
-San Jose Metro

While Davis is a happily hyphenated artist (writer-director-actor-comedian-songwriter), he’s first known for his music.  The sound track to Season One of SGR&R (‘Songs From The TV Series’) is being released simultaneously with the debut of the tv show.  The first single, Twisted Mystery, hits radio in April and is also featured on Showtime in the series I Can’t Believe I’m Still Single.  Davis will be touring nationally through the summer to promote the TV series and the new collection of pop songs.

“Not since Bob Dylan burst through has Minnesota produced such a confident and creative songwriter and social observer.”
-Minneapolis Star Tribune

Filmed in HD in front of a live audience in Boulder, Colorado (take that, Mork & Mindy!), SGRR will also have a web-based home at

www.sexgodrocknroll.com
where fans can find exclusive content for members only.   The SGR&R subscription site includes interviews with spiritual figures, unreleased sketches, and regular vlogs from Stu.
“Davis may be the best songwriter you’ve never heard of.”
-Des Moines Register