This video says it all. I truly had a blast making this album and I can’t wait for more people to enjoy it. Btw, the new band name is (echo echo): http://weareechoecho.com/

Mixing from (echo echo) on Vimeo.

I don’t know how I only just now discovered Derek Sivers’ blog, but I’m glad I did. In fact, this will be a short post. Musicians, songwriters, bands, artists – you know who you are… Get on over to his site and start reading. There is a WEALTH of great information for you if you are interested in making a career of this thing.

To say anymore, would only keep you here longer. Bye. 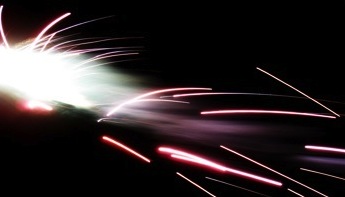 The music industry is in a phase right now that’s similar to when you have been spinning around in circles for 2 minutes and you finally stop. Technically, you aren’t “spinning” anymore, but it can sure feel like it. Some players are still dizzy, some have acclimated and are heading out to seek the “hiding” fans, and some were never playing in the first place.

However, it’s also a fantastic time to come up with some new models of revenue and exposure, while many are still spinning. One of the most popular economic models emerging now (and certainly not just in the music industry) is the idea of “free”. I’m not going to review and repeat the thoughts of some of the more popular thinkers, but here’s a quick list of resources on the subject:

(marketing guru) has written about it extensively, and from here you can follow the “free” line back to

has continued to be successful in building his NIN fan base and is MASSIVELY successful at satisfying his existing one. He openly shares his thoughts and strategies for independent and upcoming artists

has their take on the economics of free and how it applies to the music industry.

Clearly, this is a format that is getting a lot of traction with everyone from consumers to entrepreneurs, and clearly there is more to it than simply giving products away for free. Value, Attention, and Access are BIG leverage holders in these equations, so do your research as an artist before you dole out torrents of your latest EP.

Artists give away their album/EP/single for free, because they know they will get paid through concert tickets, VIP packages, private parties, merchandise, songwriting royalties, TV/Film placements, and ATTENTION. They are forgoing their interest in the recording royalties- royalties, which traditionally have been the sole source of payment to record producers (except for advances, which are technically related to royalties).

Now that the artist has found a way to create revenue, what about the producer?

Certainly a producer can get paid off songwriting/publishing (if they are included in the songwriting) and potentially they will get a percentage of any licensing placements (if they are able to structure a deal that way), but what if they didn’t write any of the songs and the band’s not exactly TV/Film-like? A producer traditionally isn’t going to be paid a % of ticket sales, merch, VIP meet ups, private parties, etc. So…

How is a music producer involved in the revenue stream of “Free” Economics?

I’m not sure yet (none of my artists haven given a record away for free), and my guess if that most mid-level producers haven’t figured it out yet either. And guess what? NO ONE is going to figure it out for us, because NO ONE cares. If the band has figured out a way to make money giving their music away for free and a fan has figured out a way to get access and music from their favorite band for next to nothing – They won’t care that WE aren’t being paid. And we can cry in our fancy sounding, high bit rate beer all we want.

So what are our revenue options as producers?

1. Songwriting – If you’re a songwriter, and it’s appropriate, get involved. Not to mention your relationship to the songs will be stronger.

3. Produce records as a work for hire – This is becoming a popular and easy way for some to deal with the whole uncertainty of which revenue stream the band will pursue. Personally, I’m not a fan of this method, because when I make a record I always believe that it has a TON of potential to be successful, and I want to be rewarded accordingly if the CD is paramount in garnering attention (and revenue) for the band. I guarantee Mike Clink is ecstatic that he didn’t work for a flat fee when a made a little record called Appetite for Destruction with some no name rockers straight off the strip.

4. Become an Nth member, or equity holder in the band – This is both the simplest and the trickiest. If you are working with an established act, the success of the record you produced may or may not be a result of how awesome it sounds. It may very well be a combination of the 2 years they spent in a bus AND how awesome it sounds.

5. Become an equity holder in the band for the duration of the record – If the band agrees to this, during the time frame they are touring and supporting the record (that they are giving away for free), you are an equity partner all income (except songwriting you didn’t participate in). When the next record comes out, they give that one away for free, but begin SELLING the previous one and you are back to standard royalty payments. It begins to get complex when singles independent of albums are released, but it’s a possibility.

Got any others? What’s working for you? I love to hear ‘em! Just remember, managers and labels aren’t going to come up with ways to pay us producers. It’s up to us.