Who can we trust?
Now thatPlanet Earthis done with its brilliant displays on the Discovery Channel, it’s back to our two favorite survivors: Bear Grylls (Man vs. Wild) and Les Stroud (Survivorman
). Both have a show on Discovery in which they are left in the middle of nowhere and have to survive and/or find their way to civilization. Both are left with minimal survival tools. But, after that, the similarities end. So, what’s the difference? And more importantly, whom do we trust more?Well, the first major difference is that Les carries his own camera equipment to film the entire show himself (he also writes the music). That’s an extra 50 pounds of gear to lug around. Bear is a little more entrepreneurial and outsources the filming to a crew that travels with him. Also, Les gets 7 days to make camp or try and find civilization, after that the crew comes to get him. Bear just makes a run in positive direction and the show is over when he finds other humans.Barring those obvious distinctions, what are the other variations in approach and how do we know which one to follow, when our kayak gets caught in a cross current and we end up on the leeward side of isolated, uninhabited wasteland, with nothing but a piece of gum, some wire from broken walkie talkie and a multi-tool (yes, of course, I know….)?

Well here’s the deal, as this is taking much longer than need be.

Bear is more entertaining as an entertainment show. He runs, he sweats, he takes chances, he captures rabbits by throwing hunting sticks, once, he almost mounted a wild horse! That’s good stuff.

Les is much more conservative. “The biggest mistake is to sweat” is his motto. While that’s certainly a great factor for long-term survival in low moisture conditions, it also ensures the protagonist won’t, um, break a sweat. He’s more concerned with building a shelter and protecting himself from the elements. I mean, he doesn’t start looking for food until day three. Bear’s already had roast duck by then.

That being said, you have to think that if you were truly stuck in the wild (in the middle of NOWHERE) that Les’ methods would sustain you longer. There les(s) bravado and more concerned with actual survival. Protection from the elements, and practical methods of acquiring sustenance are the goals.

THAT being said…
I’m much more of a Bear. No question.
Because in the end, I’m not going to be stranded with 50 pounds of camera gear, alone, in the middle of the Arctic. I’m going to get washed ashore after my skiff gets caught in a storm and I end up in an isolated area in South America. Three days out, tops. I’m picking a

bearinga making a move. Calculated and intentional.What’s that? It won’t be anything like I expect? Life of Pi? Naw, it’s cool. I readAdrift. I’ll be fine. I blog. 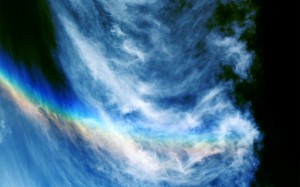 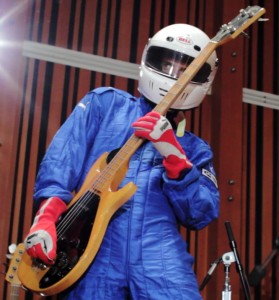 Here are some screen captures I got off the raw footage from our video shoot. I CAN’T WAIT to see the final videos! 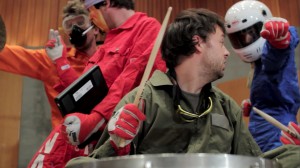 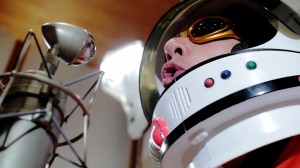